I am an artist fascinated by the relationship of history, new technologies, memory & dreams. In 2018 following a visit to the WWI concrete ‘Sound Mirrors’ in Denge Kent, I was inspired to combine my enquiry into emerging virtual digital techniques with lost Heritage, revealing other versions from postcards and the palimpsests. Elevating vintage postcards into digitally enabled missives that embed the past into the future is both described by Mark Fisher’s as ‘hauntological’ and influenced by Baudrillard – concerning simulation and the simulacrum.

Funded by a ‘Grantium’ from The Arts Council of England focussing on my hometown of Hastings & St Leonards I designed and produced an ‘augmented reality’ (AR) application that triggers hauntological ephemeral artworks of bygone public structures – St Leonards Pier (destroyed in WWII) & the Albert Memorial (lost to fire in 1973) as 3D models viewable triggered from special vintage postcards using smartphones. Called ‘Apparitions’, there are three experiences allowing travelling through time, creating a nostalgia for a future we cannot experience and each is accompanied by a soundscape encapsulating its lifetime.

Until the 1960s the act of looking back, or nostalgic reminiscing was seen by the medical profession as a pathological aspect of ageing (causing or exacerbating depression & disengagement from everyday life). Until a paper by Psychiatrist Robert Butler challenged these views, coining the term ‘ageism.’ The platform of ‘AR’ enables me to exploit this and deliver an expandable series of artworks in a significant exploration of the impact of cutting edge ‘augmented reality’ technologies on memory & nostalgia.

As contemporary steganographic articles they offer several levels of engagement : uncanny bygone landscapes both real and imagined, self-selecting experiences and also include factual historical presences anchored in surreal soundtracks for each one .They are visual, sonic and metaphysical simulacra preserving social memory and lost heritage during rapid gentrification.

I will present a twenty minute interactive Keynote at this conference in Lancaster University ( free to attend, registration essential ) on 17.04.19 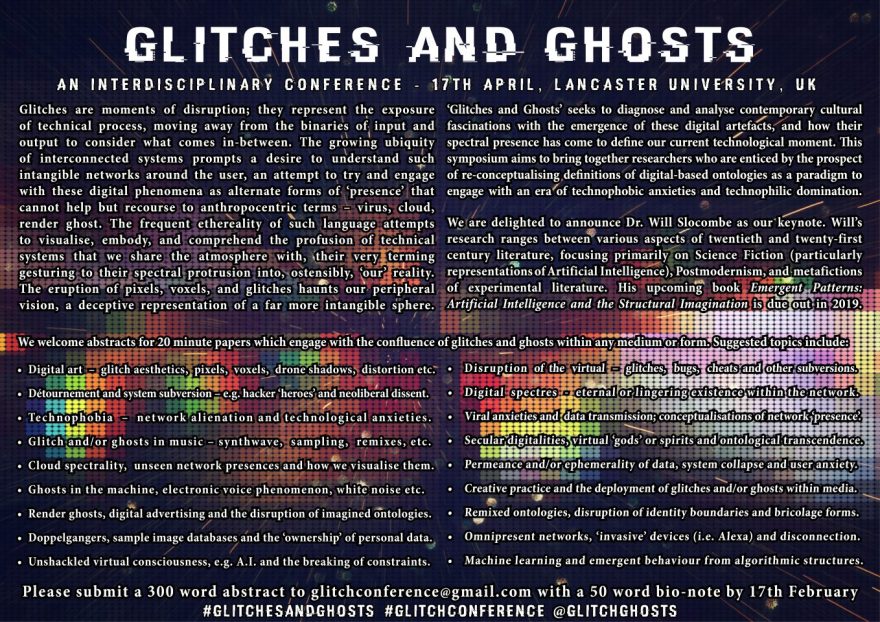